Broadview Energy Ltd. (“Broadview” or the “Company”) has engaged Sayer Energy Advisors to assist the Company with the sale of its non-core oil and natural gas interests located in the Marwayne area of Alberta (the “Property”).

The Property consists of multi-zone, heavy oil production with a low recovery factor to date and with approximately 48.4 million barrels of original oil in place in both the GP and Sparky formations.

Overview Map Showing the Location of the Divestiture Property 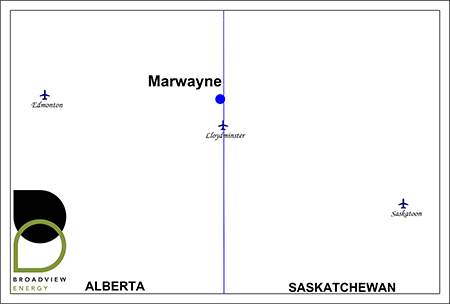 The Company has a 100% working interest in an oil sands lease on Section 18-053-01W4 which is prospective for oil in the Sparky and GP formations. The Property has all season access with a lot of surrounding infrastructure and good access to market.

The 05/16-18 well was perf’d in the Upper Sparky with total production of approximately 13,000 barrels of oil in the first year and has essentially paid out due to high netbacks. The well has struggled with a high gas to oil ratio and would benefit from operational improvement.

The 06/11-18 was perf’d in the GP but inflow was negligible. Broadview believes it is a possible candidate for a foam squeeze or other treatment, as it is geologically identical to offsets that also started at a low-rate of production and have inclined for years. Lost circulation while drilling at 11-18 may have impeded initial CHOPS initiation.

The Company believes that the Sparky and GP formations on its lands may be accessed using a different operational approach based on horizontal drilling. 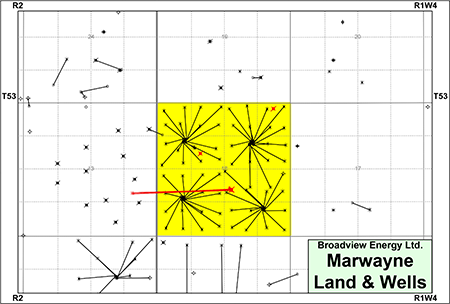 Broadview entered into a joint venture agreement with Acceleware in May 2020, to conduct a commercial trial of Acceleware’s RF XL heating technology. As part of the joint venture, Broadview entered into a consortium to fund the project. Broadview participated with a contribution in kind by providing the Property. Acceleware farmed-in on the Property and drilled test wells in the Mannville Group in Section 18-053-01W4 in late 2021. The farm-in included the first test well (800 metre by 200 metre) and an election for another 800 metre by 200 metre test site.

Acceleware was developing its enhanced oil recovery technology which uses radio frequency energy rather than steam to heat up and mobilize heavy oil and oil sands reservoirs.  Acceleware's RF XL technology effectively acts as an “inside-out” microwave where the heating wells propagate electromagnetic energy into the target reservoir. The electromagnetic energy heats up the target reservoir’s connate water into an in-situ steam chamber which then mobilizes the heavy crude oil for production.

Acceleware's RF XL technology injects electricity into the ground to create steam downhole versus creating and injecting steam at surface. The result is major savings on capital expenditures and also tangible environmental benefits with reduction of surface disturbance and greenhouse gas emissions and elimination of water use.

Acceleware used the Property to test its recovery technology. As a result, Broadview earned the rights to information and use of the Acceleware’s technology and has the ability to sell the rights on a one-time basis and is willing to sell these rights, the information and the GORR as part of a transaction. Acceleware drilled its first test site using the technology and Broadview owns a 7.5% GORR on oil production. Details on production and Broadview’s royalty income from the wells will be made available in the virtual data room for parties that execute a confidentiality agreement. 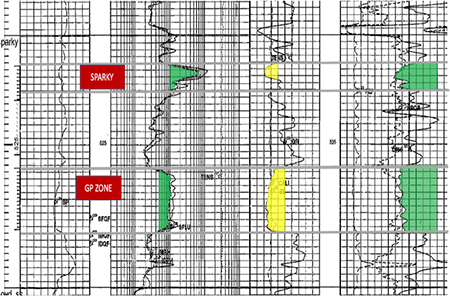 Permeability ranges from 3-8 Darcies. Viscosity of the 12° API oil is approximately 25,000 cP.

The Property is surrounded by offsetting Sparky and GP development by Cenovus Energy Inc. The Cenovus pools are shown on the following map. 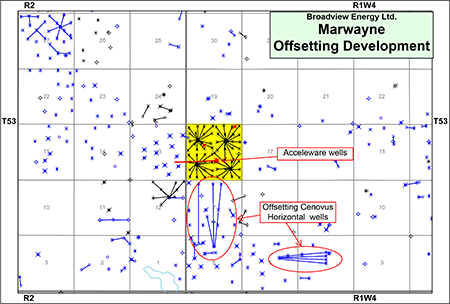 The Broadview wells are higher structurally, with superior resistivity, and are similar thickness. Otherwise, there is no geological difference between the Cenovus lands and the Property, however; there are operational differences. Cenovus used 7” casing, vertical wells, single-zone production, with good drawdown which produced out to high water cuts with high total fluid production.

The Company believes there is 20.6 million barrels of oil originally in place in the Sparky Formation. The Sparky net pay ranges from 4-6 metres.

The Company does not have an interest in any seismic data over its lands at Marwayne.

The Company has two 1,000 barrels tanks which have been drained with the access doors removed. There is currently no other equipment on the Property. All other equipment and connecting piping have been removed. 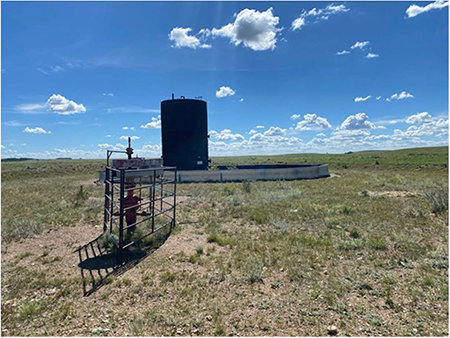 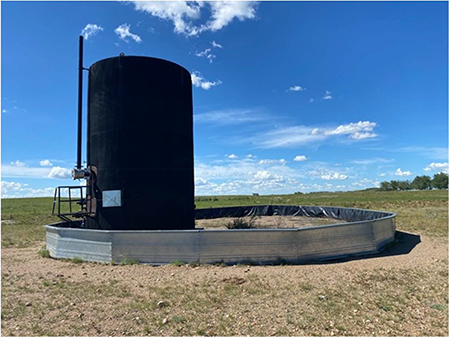 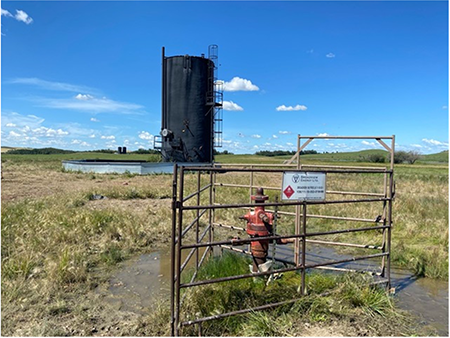 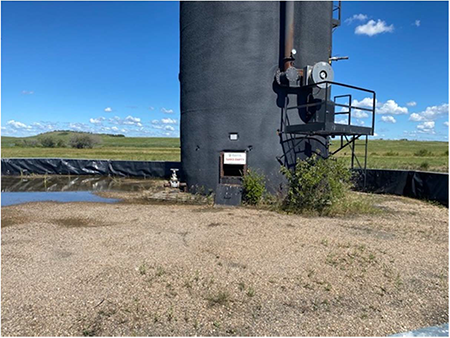 The Company does not have a third-party reserve report for the Property. McDaniel & Associates Consultants Ltd. previously mapped the net pay of the Sparky and GP prior to the Acceleware farm-in.

Sayer Energy Advisors is accepting cash offers to acquire the Property until 12:00 pm on Thursday February 16, 2023.

If the process involves a cash sale of a property or company and the party which submitted the most acceptable proposal has met our client’s threshold value, that offer will be accepted. If this proposal does not meet our client’s threshold value, then we will advise that party that the offer is not quite what our client was expecting, and we will ask them to increase the offer. If that offer is not acceptable to our client, we will then move down to the party which submitted the next most acceptable proposal and we will then work with that party to attempt to meet our client’s threshold value.
In the extremely rare circumstance where two or more parties submit virtually identical proposals, we will contact all  parties, we will advise them of this situation and we will ask them to submit a revised proposal.  Once these are received, we will work with the party which has submitted the most acceptable proposal.

Parties  wishing to receive access to the confidential information with detailed information relating to this opportunity should execute the  Confidentiality Agreement and return one copy to Sayer Energy Advisors by courier, email (brye@sayeradvisors.com) or fax (403.266.4467).